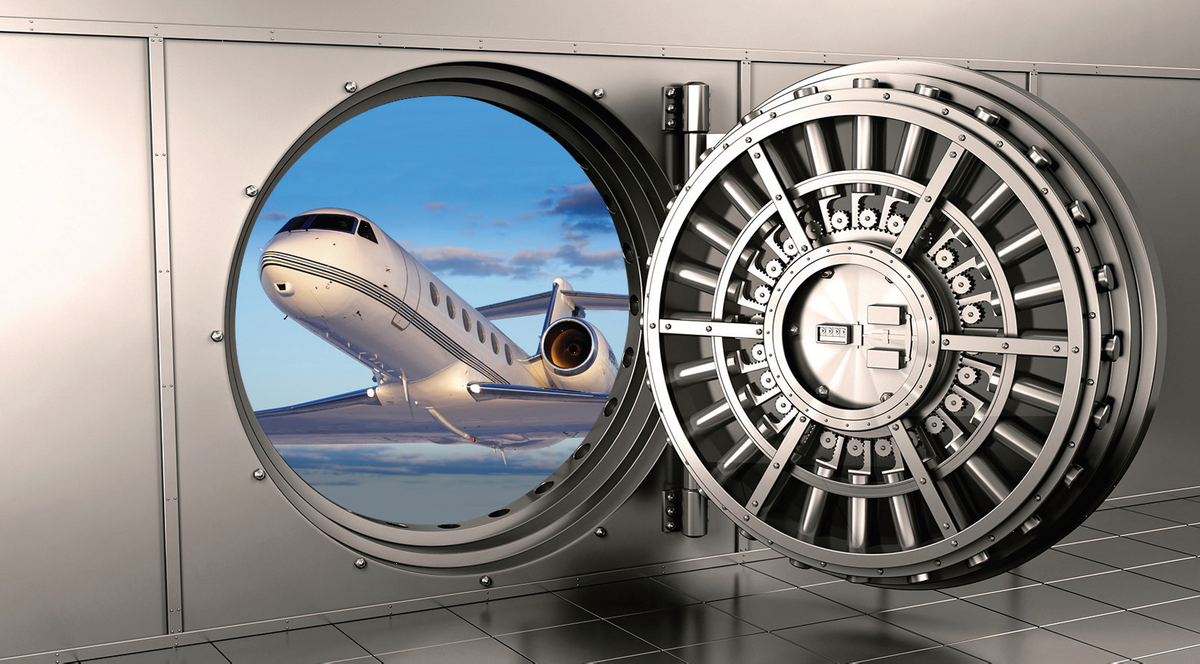 While the economic snap roll in 2008 altered the United States as well as global fiscal landscapes in many respects, the basics of financing a business, or a business aircraft, remain essentially unchanged. That oft-repeated phrase "banks only lend money to people who don’t need it" may sound believable, but just the opposite is generally true.

However, lending institutions are being increasingly analytical in loan application evaluation. Frequently there are also additional, although not necessarily onerous, requirements in order to secure financing. Typical examples would be that engines must be on support programs, insurance coverage remains intact, and aircraft registration numbers be visible to the bank via inflight tracking systems.

Banks are also staying much more involved during the loan term to provide added security and early warning of potential issues. Monitoring the number and type of flight operations, and checking that required inspections and maintenance are performed at the scheduled intervals are becoming standard procedure. Even performing periodic physical inspections of the asset on which they have made a loan is becoming increasingly more commonplace.

What has changed is the perspective banks and other lenders have of aircraft. These assets are no longer viewed as just commodities by experienced aircraft finance professionals, who are quite knowledgeable about market segmentation and marketplace values. Seeing the aircraft as pure collateral is another difference from the past. Today banks will loan on the value for what the aircraft can be sold versus the total acquisition cost. Lenders view borrowers having some equity in the aircraft as a positive, and, in some situations, a requirement.

As one highly experienced aircraft financier with both an OEM captive and a banking background noted, "When you make an aircraft loan, you truly do get in bed with your client. At the end of the day, however, all of the information sharing and ongoing communication is in the aircraft owner’s best interest. We can assist in preventing problems, or identify issues early enough to allow for effective action".

Why Finance An Aircraft?

This multi-faceted question is actually very straightforward and quite simple. Cash was, is, and always will be king. But, not all cash is created equal in regard to what can be accomplished with those dollars. The question, then, is how and where corporate funds can and should be used to generate the best and greatest return.

Banks assume that a good businessperson can generate greater return on the capital they invest in growing their business than the interest paid to finance an aircraft. Thus, utilizing those same funds to buy an aircraft – which is a depreciating asset – when weighted against other opportunities, often doesn’t make the best financial sense.

An alternative scenario is where the prospective borrower doesn’t have the funds to purchase an aircraft. However, the business has a strong history to demonstrate that an aircraft loan can be serviced comfortably out of cash flow and with adequate margins for unforeseen events. Other assets that can be collateralized are then also factored into this scenario.

What Will Your Aircraft Lender Evaluate?

Different lenders employ various approaches to financing aircraft. Some have no issue with a well-maintained and operated aircraft that is 20 or more years old if the asset is part of a large fleet with good resale, such as the Beech King Air. Others may only look at aircraft below a certain age. Still others use the Rule of 25 (or 20 or even 15), which combines the term of the loan and the age of the aircraft to determine that it does not exceed a set number.

When contemplating a loan with which to purchase your next business aircraft, start by viewing prospective lenders as the assets they truly are. Compile your financial information into a complete and comprehensive package. Two years of history are usually the minimum time that bankers want to review, but three are even better. Two aspects are generally viewed first: cash flow (not just profit) and the type of equity a company possesses. For example, a leveraged developer with 90 percent of the corporate assets in real estate and less than 20 – 30 percent equity represents a significant default risk in an economic downturn. A bad loan is not only costly, but also bad for all parties involved.

Next, bring the financial institution into the equation as early as possible. Take advantage of the expertise the aircraft loan professionals possess. Let them help you proceed in a prudent, reasonable and efficient manner. Just like professional business aircraft brokerage and acquisition firms, these experts know the financial pitfalls that can befall the unprepared or unwary. As another senior banking executive noted, "The conversation is free, so why not have it"?

One of the single biggest mistakes that people make is to chase the lowest rate, or focus solely on the loan rate. There is much more to having a successful experience than just the amount of interest. Bankers report that their single largest source of new business is prospective clients who had poor experiences with previous lenders.

Service is key to building long-term, mutually-beneficial relationships, especially for those lenders who have been in the aircraft arena many years. Addressing the complete picture versus just one element, such as the loan rate, is the most intelligent approach by prospective borrowers. Additionally, if a bank is conser vative and profitable, that benefits everyone over the long haul.

Close behind in problem-creating potential is not bringing the lender in early enough. Thorough analysis done properly takes time, which is well spent if problems are avoided or the potential for adverse issues is minimized up front. Another misstep is not working ahead of time to have adequate insurance coverage in place prior to the acquisition.

While it may sound self-ser ving, experienced business aircraft financing professionals urge prospective borrowers to work with those who have "been there and done that". Smaller community or r egional banks, with little or no air craft experience, often simply do not ha ve the expertise required for a smooth, efficient, pain-free loan experience. Even worse, problems of significant magnitude can be unintentionally created. That certainly can cost dollars and cents, and def initely does not make good sense.